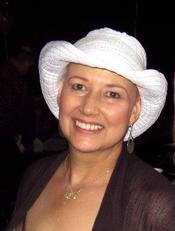 Tonya Wyse, 48, of Townsend, MT, died at St. Peter’s Hospital in Helena after a four year battle with breast cancer.

Tonya was born on May 6, 1964, in Great Falls, MT. She was the older of two daughters of Jack and Diane Sheffer. While growing up, Tonya and her sister attended many elementary schools throughout Wyoming, Nebraska, North and South Dakota until her family moved permanently to her mother’s hometown of Conrad, Montana in 1976.

Tonya was a 1982 graduate of Conrad High School and then attended the University of Montana. In 1995, Tonya married Kevin Wyse (also from Conrad). After living in Helena and working as a legal secretary for the Montana Department of Natural Resources & Conservation and Fish Wildlife & Parks, Tonya and Kevin chose to move to Townsend because of the value of raising children in a small community.

Tonya was a loving mother, a devoted wife, wonderful sister and a great friend to many. Tonya took an active role in her children’s education by volunteering as a Sunday school teacher and a parent school volunteer. Tonya was an outstanding community leader. Her main goal was to teach children the importance of serving their community. Many families were impacted by Tonya’s persistence to create programs to benefit children, families and increase community bonding. Tonya earned the awards of Delta Kappa Gamma Champion of Education and Townsend Soroptimist Woman of the Year for her hard work and dedication for developing the Townsend Afterschool program, Summer programs, Slice of Summer, Storytelling for Empowerment and Heritage Garden project throughout the local area.

Tonya was preceded in death by her parents Jack and Diane Sheffer, her grandparents Ruby and Earl McCurdie and Monte and Toots Sheffer.

Tonya is survived by her husband, Kevin, her children Sadie Lynne, Grace Elizabeth, Daniel Edward, her sister Julie Berry of Polson, and several nieces, nephews, family and friends who loved her dearly.