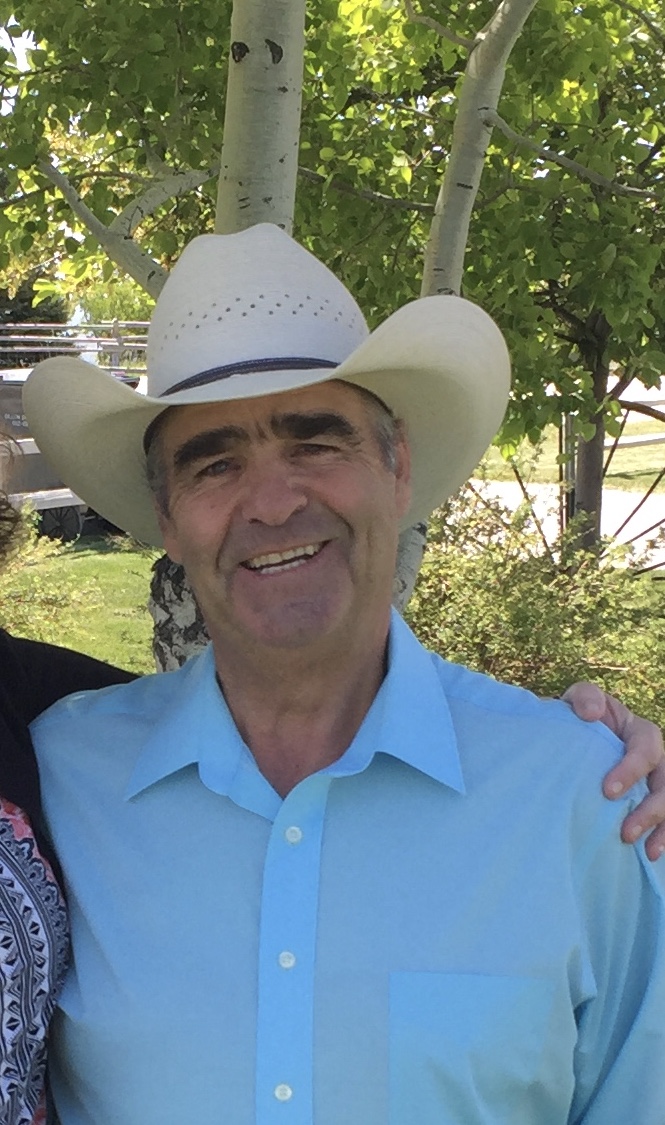 It is with great sorrow that his horse friend, Tucker, announces that Arthur Wesley “Spike” Short has become a ghost rider in the sky. Bucking horses, snorting bulls, and rugged Montana weather and terrain could not defeat him in his 67 years. It was cancer diagnosed three years ago that made his life go haywire, and although he spent a lifetime fixing broken cattle, fences, and hay machinery; he was ultimately unable to successfully doctor the disease that tipped him over on April 26.

Before Spike checked out, he accomplished everything he had set out to do in his life cut too short. He was born in Townsend on November 17, 1952, to Jack Short and Julia Zehntner Short. Spike grew up in White Sulphur Springs dressing like a cowboy, absorbing westerns on T.V. and watching his dad do the real thing in everyday ranch life. He landed his first big job as a ranch hand at the age of 12 and from that summer on, up until last fall, pursued his dream career of being a cowboy like he was trying to turn a wild herd of yearlings. He loved breaking horses and doing challenging cowboy activities, especially under the mentorship of his dad, a Montana Cowboy Hall of Famer, and with the companionship of his older brother, Buzz. There were many adventures along the way that included wagon stampedes, crazy roping stories, and near-death experiences dodging badger holes and angry beasts out at the family homestead in the mountains by Black Butte. Spike’s family was very proud of their cowboy heritage and that lifestyle defined him inside and out. His older sister, Loreen, was very special to him and is remembered fondly for breaking his favorite childhood horse, Neko. He also enjoyed crashing the family barn dance band on his harmonica to accompany his sister, Jackie, his mother, and his father in their country folk entertainment gigs. There was a lot of great music and dancing through the years.

Spike was always an avid dancer who shared his best dances with his lifelong best friend, Joy Ballard. Spike and Joy were married January 27, 1970, and just celebrated their 50th wedding anniversary last winter. Since Spike was such a colorful character with a colorful cowboy vocabulary, it is believed by many that Joy was the only one with the right talents to reign him in! They made many memories together as a tight-knit team that surrounded the inclusion of two daughters in the 1970s, Joni, and Candi. Spike spent much of the 1980s trying to corral his two daughters and chase boys away from the house like he was chasing cows! It was during the 1990s that all the grandkids arrived. Spike was a very dedicated grand pappy and welcomed five to the litter that loved him dearly. He was very proud of each grandkid and followed them through their developmental journeys acknowledging Wylie “Pardnerman” for his CAD Drafting efforts on prominent buildings around the state and country, Taylor “ Pilgrim” for his ability to rock the electric guitar and electrify a gym, Brady “Bub” for his state championship appearances on Dillon’s football and basketball teams and as the team captain who took over his ranch duties, Kadi “Grandpa’s Little Sweetheart Girl” for her interest in the horses and dogs that he loved, and Madison “Madisoni” for her role in the Fairfield Girls’ Basketball Team’s 120 game winning streak and as the valedictorian of her class. Spike’s family was his life and he shared his cowboy life with all of us! We have lots of great memories and we will continue to celebrate his life when we recall each one.

Spike was preceded in death by his father, Jack Short, best horse, Punky, his best cow dog, Tubby, and his best team, Pinky and Sleepy.

Spike is survived by his wife, Joy, and his daughter, Candi Richardson, both of White Sulphur Springs. Also, his daughter, Joni (Dustin) Gordon and granddaughter, Madison, of Fairfield, grandson, Wylie Gordon, of Missoula, grandson, Taylor Gordon, of Great Falls, granddaughter, Kadi Richardson, of Dillon, and grandson, Brady Richardson (fiancé, “Abbergail” Lohof) of White Sulphur. Spike’s mother, “the Ga” is alive and well, coming up on her 95th birthday this May! His character of a brother, Donn “Buzz” Short, of the Helena area also survives him, as do sisters, Loreen (L.C.) Sheline, and Jackie Short, both of White Sulphur Springs. Spike also has numerous uncles, aunts, nieces, nephews, cousins, and dear friends who cherished him and he thought the world of them all.

Spike was the epitome of a true Montana cowboy and his ranch life legacy abounds within Meagher County through shared stories of his adventures among his vast friends and family with whom he loved to visit at any available gate stop.

Spike was able to pass away comfortably in his hometown at Mountainview Medical Center. He would be honored for any memorial donations to be sent there to keep precious healthcare active in the community that he loved.

At his request, no formal funeral services are planned. Cremation will take place and the family will scatter his ashes at a later date where his dad was laid to rest on the family homestead.

Read the thoughts and memories, then feel free to add your own.